ANZAC Day in our little town

Every year for as long as I can remember our little town has commemorated ANZAC Day with a march and a service,now held  in the local park.

As a child I remember my parents being very involved with many aspects of the day.

We would be dropped at the school to assemble  with the return service men and march  to the Memorial Hall for the service. My father used to call the march and take part in the service. My mother would be in the kitchen with the other RSL ladies Auxiliary members cooking up a storm to feed the large number of returned servicemen after the service. Once they had eaten their fill they would all retire to the hotel for the men  to play two up, have a few drinks and one of my mother's friends would play all those great old wartime songs on the piano. I remember these times with great affection.

We always encouraged our children to march in the dawn service  with the school or the groups that they were part of when we lived here in town and  on the coast and now it's good to see that repeating itself in the next generation.

Yesterday we headed into town and the men, school children and townspeople were assembling  outside the Memorial Hall 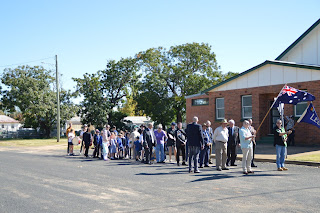 Everyone had been given a sprig of rosemary to wear, my friend Lyn was busy helping the students to pin theirs. 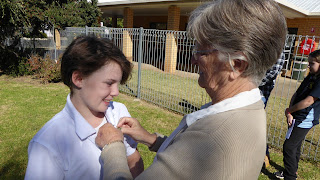 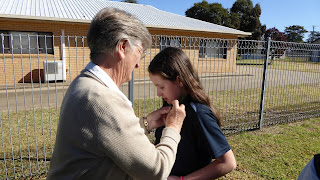 They set off to the beat of the drums, students from the local school volunteering for the honour of playing them under the tuition of former drummers. 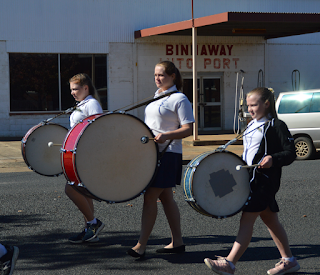 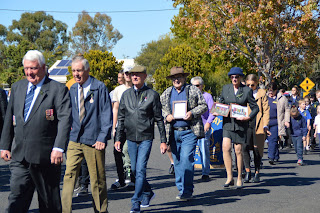 My brother in law(centre) marches and  carries a photo of my Father in law to honour his service and memory.

The march comes along the main street, the council or police  always block the roads  for the procession and people line the street to applaud them. 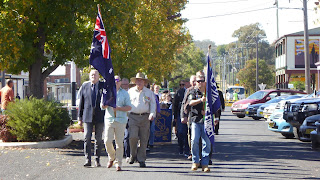 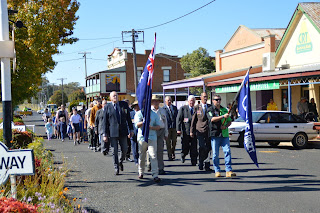 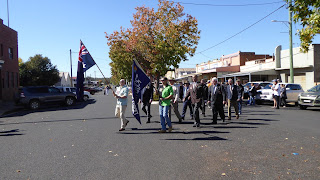 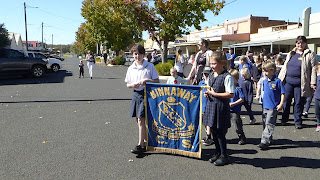 The march ends and everyone assembles in  the park.
Many towns people gather for the service which is ran by the local Central School students who do a wonderful job. 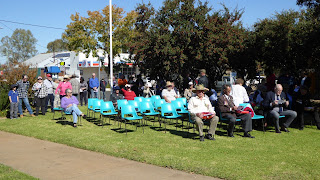 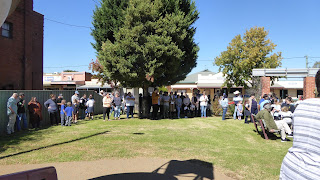 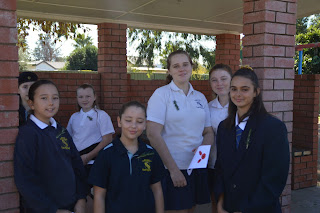 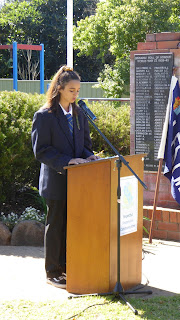 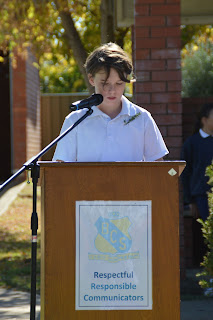 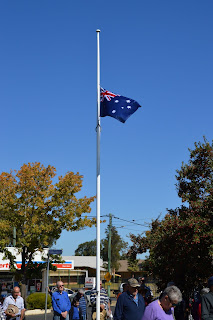 Many wreaths are laid at the memorial, firstly  by our  ex servicemen, 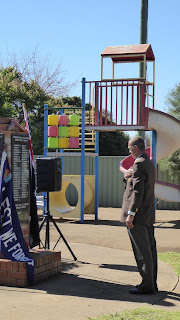 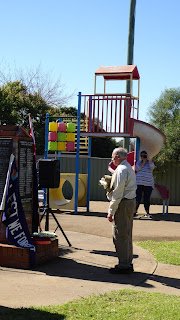 Then  representatives of local organizations, including the school, Show society, Rail Heritage, progress,  boxing club,  fire brigade ect and any one else who wishes to lay a tribute. 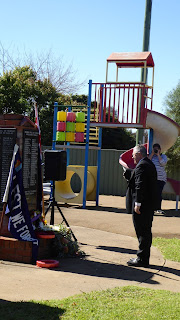 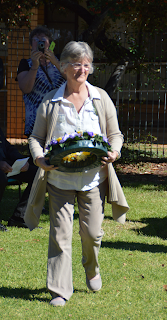 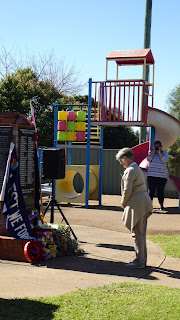 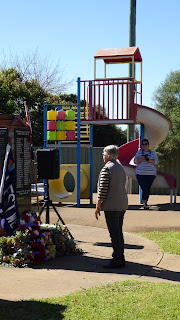 The service concludes after The Last Post is played,  a minutes silence is observed , then Reveille is played and the service men headed to the hotel where a meal was to be served and the traditional two up played , a few  drinks and lots of catch ups to be had  with many memories and  stories shared. 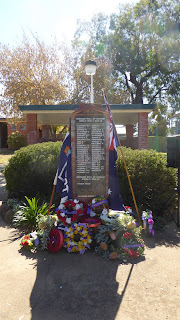 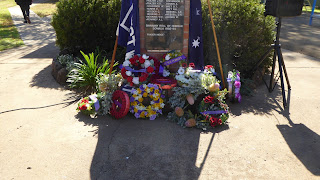 A few of the ex servicemen were happy to pose for a photograph for me. 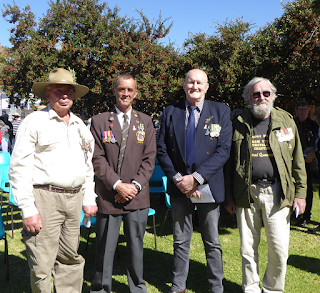 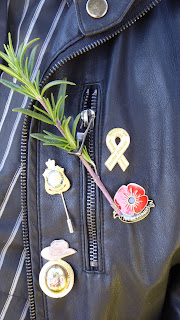 After we left the service, we paid a visit out to the cemetery to place some rosemary on both of our father's graves.

Last week I visited the cemetery with my sisters in law when they were visiting and  when I approached my Father's grave I noticed a snake curled up on it in the sun and when he spotted us he gracefully slid down a hole where the grave was sunk slightly and disappeared  below the ground.

I had hoped that it wouldn't still be there but alas for me it still was. 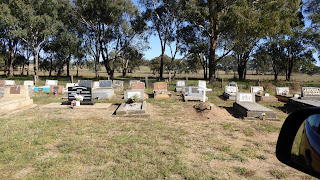 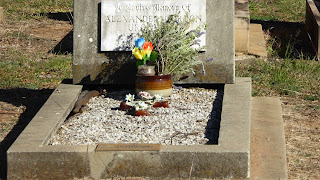 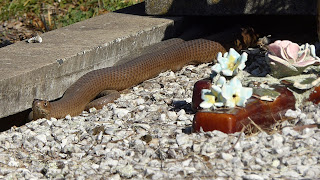 So unfortunately my father did not  get a bunch of rosemary yesterday and we placed both bunches on Brian's father's grave instead, I am sure my father would understand in the circumstances.
Hopefully our not so nice visitor will move on sooner rather than later.

Another ANZAC Day has come and gone, it was so lovely to be able to commemorate our  amazing  servicemen both still  with us and departed after not being able to commemorate it in the normal way  last year due to Covid . It was wonderful to see such  great attendance by our locals and many ex residents and family returning for the day.
I hope that this wonderful tradition continues for many years to come, so until we meet again,
Take care,
Stay safe
Cheers,
Jane and Brian.

Our Aussie off grid heaven